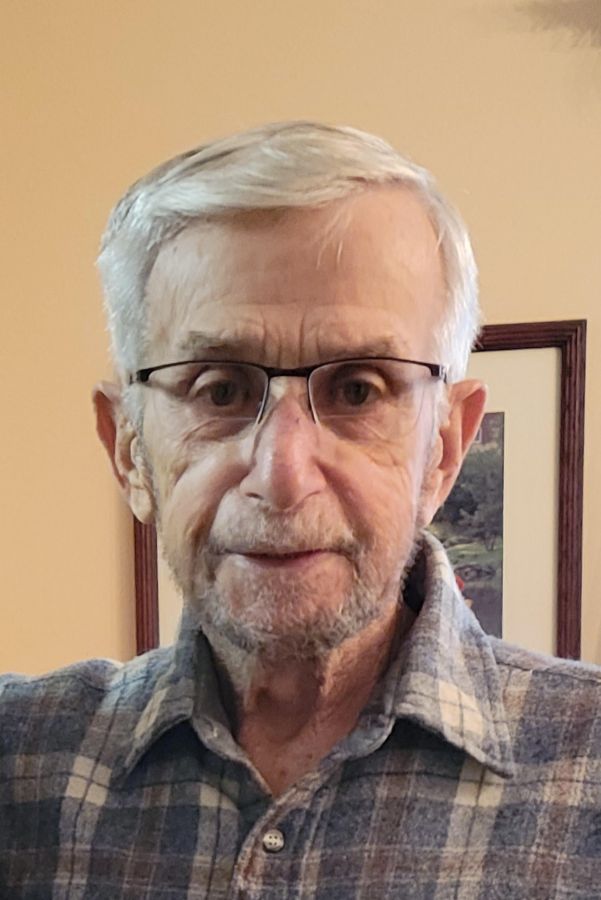 PETER R. KAZNOSKY, of Monroe Township, New Jersey, surrounded by his loved ones, departed this life on January 10, 2023, at the age of 82.

Born in South River, to Michael and Mary (née Rusay) Kaznosky, he resided in South River before settling down in the Rossmoor Adult Community.

A graduate of South River High School and the University of West Virginia with a degree in English Education, he was a teacher of English at East Brunswick High School for 38 years, retiring in 2001.

Peter was the Head Coach for both the boys and girls winter and spring track for many years. He was also the Director for the GMC conference track and field championships.

He was one of the founders of the Raritan Valley Soccer Officials Association, serving as the soccer official and chapter secretary for many years.

During his retirement Peter was a dedicated track official, officiating the major track events in the state. Peter's love for track continued to his final days as he would go on long walks through the Rossmoor community and local parks. Observing nature was a favorite activity for him and walks gave him the ability to do so.

As a lifelong avid golfer, he enjoyed playing golf at Rossmoor Golf Course and was a devoted fan of the University of Connecticut women's basketball team, never missing a game, even if dinner was ready.

Peter's commitment to his community continued in his later years as well, he served as President of Mutual 17 for the past eight years, and was always available for neighbors and friends.

He is survived by his beloved companion, Holly Henderson; his sister, Joan Pechnik and her husband, Frank, of Bridgton, ME; his brother, Gerald Kaznosky and his wife, Margaret, of South River; his children, Christopher Kaznosky and his wife, Karen, Michael Kaznosky, James Kaznosky, and Deborah Foley and her husband, Michael; his niece, Susan; his nephews, Jerry and Scotty, and his grandchildren, Kaylee, Kira, Mia, Brielle, and Keilen.

Peter will be greatly missed by his family and friends, including all that came to know him, but no one as deeply as his beloved companion, Holly, and two cats, Rusty and Pepper.

A Mass of Christian Burial will be held on Wednesday, January 18, 2023, at 10:00 am, at St. James the Less R.C. Church, 36 Lincoln Avenue, Jamesburg, under the direction of The BRUNSWICK MEMORIAL HOME, East Brunswick. A livestreaming of the Mass will be available and can be accessed using the following website: https://vimeo.com/event/47678/embed The committal service will follow at the chapel of The Crematory at Holy Cross, located in the rear of Holy Cross Burial Park, South Brunswick. For directions, please visit our "Services" page.

Memorial contributions may be made, in honor of Peter, to the American Cancer Society at www.cancer.org.

I met Peter over 20 years ago playing golf at Rossmoor. He became as good friend and I will miss him.
Bill Peacock

Husband Jim & I are residents in Mutual 17, Rossmoor. Not that we've encountered many issues, but Pete was always helpful in pointing us in the right direction or reaching out to the Association president when we needed some assistance. Pete was truly dedicated to our community residents, and will be very much missed.

We felt great sorrow when we heard of Pete’s passing. Pete was such a good person and a good neighbor to my Dad and Mom for many years living downstairs in their condo building. He even painted their condo for us a few times. Dad has been gone fifteen years now so he will be waiting for Pete to play another around of golf. Our sincere sympathies reach out to Holly and to his family. Joan Huxel Tamaroff and family.

Pete was instrumental in the development of the boys and girls track programs at East Brunswick high school. His contributions , influences and dedication have influenced many coaches and athletes. My prayers and thought are with his friends and family. It was a pleasure working with pete.

The attached photos are added to the memorial of Peter R. Kaznosky to help share their legacy.

Thank you for sharing your memory of Peter