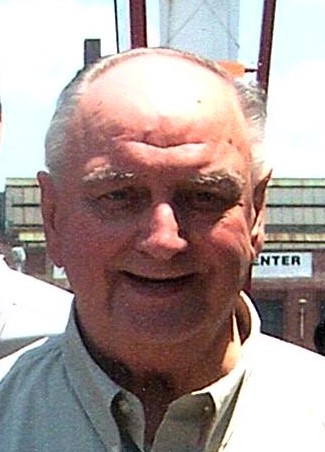 Born and raised in South Amboy, he left high school to join the U.S. Navy. He was stationed on the ship as a cook during World War II.

Upon returning home from the Navy, he married a local girl, Helen Warga and in 1952 moved to East Brunswick to raise his family. He remained a lifelong resident even after his children were grown.

In his younger days, Bernard was a hunter and fisherman. He also enjoyed bowling and playing baseball. He loved watching sports and rooted for the Mets and Giants. Because of his love of horses, his favorite sport was the "Sport of Kings": horse racing.

He retired in 1990, from Hercules Powder Company in Parlin, where he worked as a chemical operator and lab technician. To provide for his family during layoffs, he had jobs with the U.S. Postal Service and Squibbs.

Bernard enjoyed his retirement. He grew a bountiful vegetable garden and took great pride in cutting his own lawn. He also did some traveling, taking trips to Maryland, Florida, California and Las Vegas. His three favorite places to visit in New Jersey were Atlantic City, Monmouth Park and Freehold Raceway.

Bernard was predeceased by his parents, John and Mary Skarzynski; sister, Florence Yakovchuk, and brothers, John and Herman Skarzynski.

Bernard was also blessed with 5 great-grandchildren.

Funeral services will be held on Tuesday, February 11, 2020, at 9:30 AM, at The BRUNSWICK MEMORIAL HOME, 454 Cranbury Road, East Brunswick, with a Mass of Christian Burial, celebrated at 10:15 AM, at St. Thomas the Apostle R.C. Church, Old Bridge. Interment will follow at Holy Cross Burial Park, South Brunswick.

Someone has supported the family by purchasing them flowers or gifts from the Healing Registry.

The attached photos are added to the memorial of Bernard F. Skarzynski Sr. to help share their legacy.

Thank you for sharing your memory of Bernard